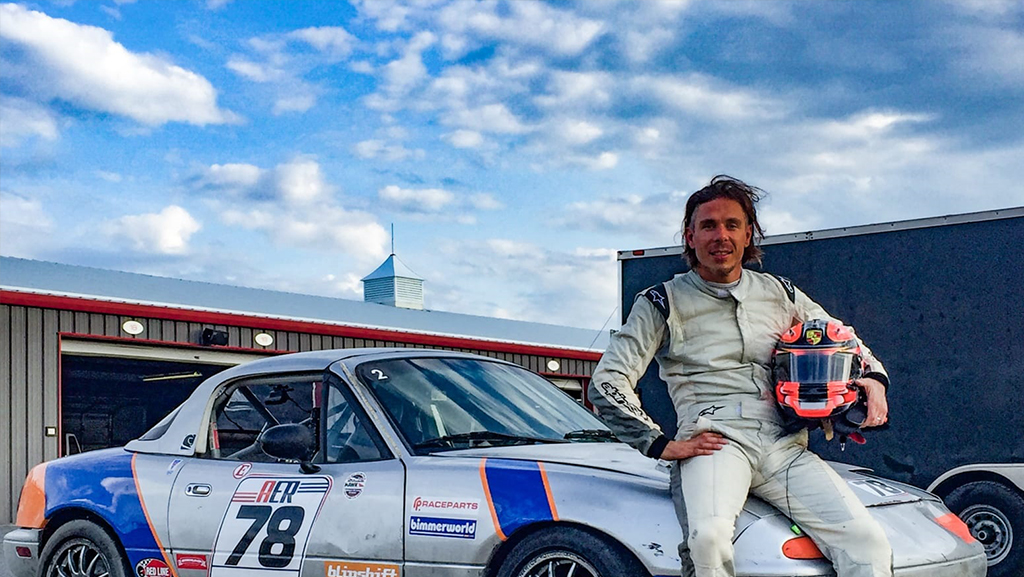 If you’ve ever watched Mick’s movies, you’ll know he has a seriously sexy European accent. That’s because he was born in Graz, Austria, the same hometown as Arnold Schwarzenegger (*starts Googling Austria travel deals*).

Originally born Michael Omelko, he adopted the performer name of Mick Blue, probably to play up those piercing blue eyes! After moving to Paris, he began cleaning up at the Venus Awards in Berlin – winning over 35 AVN, 7 XBIZ, 5 XRCO, 3 Inked, 1 Nightmoves, 1 AFWG for Best European Male Performer, and 1 NINFA award for Best Actor in “The Resolution.”

Blue also made history as the first adult performer to win AVN and XRCO Male Performer of the Year award three years in a row. Talk about talent!

So what makes Mick’s movies different? He’s all about connecting with his partner throughout intercourse. Call him old fashioned but Mick’s favourite position is missionary, because it supports the emotional connection that makes sex go from good to mind-blowing.

So do yourself a favour. Jump in the driver’s seat and get racy with the deep, intense pleasure that Mick’s majestic manhood has to offer.