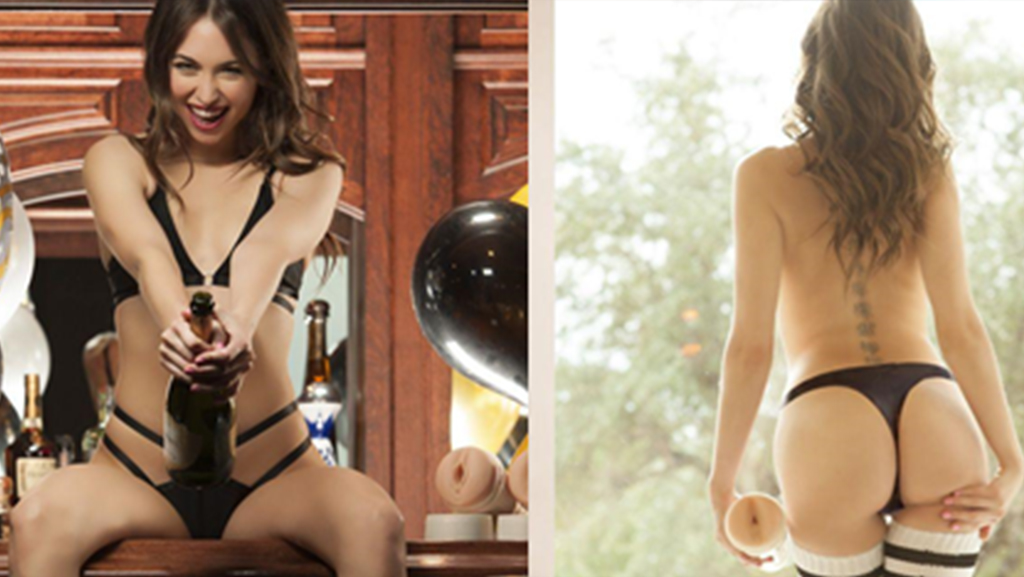 Hailing from the sunshine state of Florida in the USA, this natural beauty started in the adult film industry at the age of 19 in 2011.

Since entering the industry, Riley won XBIZ awards for Best New Starlet and Female Performer of the Year in 2013 and 2014 making her the first performer to ever win both awards consecutively and is also a multi AVN award winner.

From softcore to using multiple toys at once, sex in public or just a long hard f**k, Riley Reid has a sexual stamina that just won’t quit.

“Being able to do these funny skits — these really over-the-top ridiculous scenarios that don’t really happen in real life. I get to live that fantasy out. I may have never gotten the opportunity to dress up a gay boy in a pony outfit and have strap on sex with him,” Riley Reid told PAPER in 2018.

With sex being her most favourite thing to do, it’s no wonder why her lady lips are nicknamed ‘Utopia’. It provides the perfect combination of ribbed pleasure and tight stimulation. If you’ve watched Riley, you’d know she’s a giver and with her ‘Utopia’, you’ll see how much she gives when you have the ultimate orgasm. The ICE-ing on this cake is that she also comes in an ice sleeve, which means you can watch all the action as it happens.

Now, if you’re all about her (bacon) booty, get ready for some exciting intensity with her butt orifice: ‘Euphoria’. You’ll be in total bliss as you thrust your way into Riley’s ‘pleasure pockets’ all the way to climax.

But if you want to experience the best of both worlds – you can try her new Quickshot. It features her lady parts on one end and her booty on the other! Easy to clean and easy on the hip pocket, try pocket-sized Riley for play on your own or with a partner.

But don’t think her repertoire just ends at being one of the world’s biggest adult entertainment stars. Riley runs her own website where she writes scripts, produces, and styles content.

When she’s not hard (and wet) at work, the American sweetheart loves to keep busy by doing her favourite things like cooking (especially roast chicken), playing with her dog, and hanging out with her friends.

Get to really know Riley Reid by keeping her close with one of her Fleshlight toys or discover more Fleshlight girls here.